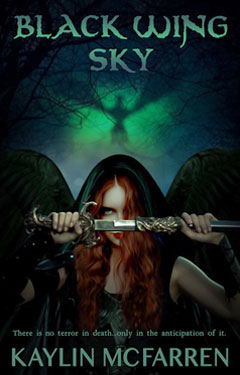 There is no terror in death...only in the anticipation of it.

When Lucifer's soldiers captured his brother, the Seven-Star General of the Archangel Army of Heaven, Samara Daemonium thought it was a turning point in the war. Victory for Hell was on the horizon, as was her peaceful future with her Cambion soulmate, Damian Hunter. But now a deadly new threat has emerged. Fire-breathing dragons are emerging from Bulwark lead by Vetis Kidadl – a black-hearted villain who is determined to destroy Nexus and all its inhabitants in a catastrophic battle.

Samara is tasked with finding a weapon strong enough to defeat him, a mission made more difficult when she starts to suspect that there is a maligning spy in her unit. Friendships are tested, loyalties are strained, and suddenly Samara no longer knows whom she can trust.

In this epic fourth installment in the Gehenna series, Nexus's fate and the future of every living creature rests solely on her shoulders. Can she defeat the Black Dragon once and for all before he destroys Middle Earth and everyone she loves?