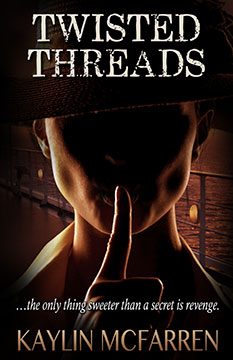 Akira Hamada, a beautiful Japanese geisha, failed at killing Kaito Mitsui two years ago - the same yakuza gang leader who destroyed her lover and forced her to become an assassin. Now, with his sister's murderer traveling to the Caribbean on a cruise ship, Akira has ten days at sea to identify her target and complete her assignment as her penance, or face her own death.

Devon Lyons, unaware that his aunt and uncle could be singled out and murdered, brings Akira into their lives. In searching for evidence to justify Mitsui's revenge, she soon discovers that no one is who they seem to be. All the while, Devon is drawn into the mystery of mounting deaths on board the ship, putting his own life at risk.

With killers on the loose and no avenue for escape, tension is ratcheted to a breaking point, forcing everyone to choose between love and loyalty - or deeply held honor - in order to survive.

For many years, Kaylin McFarren has been privileged to experience remarkable things and rare opportunities while traveling the globe. This includes many forms of transportation, ranging from private planes, helicopters, and hot air balloons to kayaks, submarines, and elegant cruise ships. Her journeys have not only allowed her to meet interesting people and discover fascinating cultures, but also to develop life-long friendships with fellow travelers and to introduce dear friends to all parts of the world. Interesting tales shared by friends, personal experiences, and extensive research have contributed to making this character-driven story possible. It is not the intension of this author to discredit or damage the reputation of travel agencies or cruise lines with the writing of this fictional account that was created purely for entertainment value. 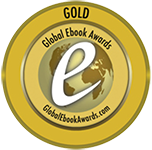 "Twisted Threads is a titillating page-turner that captivates from start to finish, and never fails to stimulate the senses."

"A tantalizing glimpse into a secret world of desire. Dive deep into the layers of this intoxicating blend of twisted pleasure and intricate mystery. Edgy, fierce, and undeniably stimulating."

"I thoroughly enjoyed "Twisted Threads" by Kaylin McFarren from cover to cover. The layers of deliciousness never ends, and the seamless writing that incorporates multiple genres into one engrossing story, truly provides non-stop action and entertainment for all tastes!"

"A sexy mystery that brings the timeless themes of murder, revenge and family loyalty to the high seas. A great series for fans of romantic suspense."

Blood streamed down the side of Akira Sato's face at an alarming rate, mixing bright red against the white porcelain tub. As the showerhead splayed hot water over her body, she watched it with strange fascination, circling and disappearing through tiny holes in the drain. She picked up a white washcloth and mindlessly scrubbed against her narrow waist until her skin turned bright pink. Then she lowered the coarse cloth and rubbed longer than usual at the triangle of black hair between her legs and on her upper thighs, stopping only when it became painful. At least on the outside she felt cleaner, but inside was a different matter.

The consequences of her actions could not be remedied, nor could they be wiped away. Yet despite her resolve for this justified killing, she remained lost in a sea of hopelessness...incapable of seeing a way out.

Then why are you still here? Pick up your sword and end it now. The words echoed in her mind, taunting and teasing. She didn't care about anything...or anyone. Why should she? Mitsui had insisted all ties be cut with the people she had once loved, including the Buddhist monk she might have married.

She poured a generous amount of shampoo into the palm of her hand, and lathered her long black hair, gingerly touching on the wound her victim had inflicted. The gash in her scalp would disappear in due time, just like her other scars. But the bloody slaughter in the living room had left a horrible mess and would need to be addressed before she left the house.

After thoroughly rinsing her hair, she worked on her face with the bar of lavender soap, removing the black eyeliner, blue eyeshadow and whorish red lipstick she had applied for Kurosaki's benefit. It wasn't fair by any means, but there was no going back to the naive geiko she had been. With eight deaths to atone for in her afterlife, she was cursed in both worlds and simply waiting to die at the hands of another assassin. She squeezed her eyes shut and pressed her back against the cold white tile, hugging herself as water washed away her tears.

She heard a muffled sound in the next room and turned off the water. After easing the shower door open, she strained her ears and heard nothing, but her instincts told her otherwise. She stepped onto the bamboo grate covering the stone floor and grabbed the katana sword resting against the wall. The sound of someone rapidly approaching increased her heart rate. Her right hand shook involuntarily, yet she managed to remain calm. The bathroom door flew open suddenly, exposing two members of Kurosaki's gang.

The first man stared at her, snarling. "You murder a man in his home and have the nerve to use his shower? What kind of monster are you?" He reached for her arm while the second man stood back watching - his coal black eyes piercing her skull.

"The worst kind," Akira spat. She drew her sword with lightning speed, beheading the first one with a one-handed horizontal cut. Blood sprayed over the mirror above the sink. She dropped her sheath and held the sword in front of her with both hands. The second man's face paled and his jaw slacked. He remained motionless for endless seconds before charging at Akira with a knife stretched out before him. With one swift movement, she raised her sword above her head and brought it down hard and fast across his neck. She pulled the blade back, sending blood spraying across her face.

Another body fell to the floor.

Akira could feel sweat gathering at the base of her spine. She wiped her eyes with her forearm to clear her vision. Tears threatened to break loose and destroy the fortification she'd built.

The voice was back in her head, moving her forward. Keeping her from crumpling into a pitiful mess. Don't be a fool. Finish the job you were sent here to do.

She found two capsules in the outside pocket of her bag and popped them into her mouth. It took nearly a minute for the numbing effects to take hold. Then she set to work dragging bodies from the house and dropping them into the pit she had found in the woods. When she was finished, she stepped into the shower to wash the dirt and blood off a second time. After cleaning the bathroom floor and walls, and scrubbing the living room thoroughly, she dumped all the evidence into the pit outside and set everything ablaze with a match and bottle of Chateau Guiraud. Her only salvation rested in the fact that Kurosaki's nearest neighbor lived too far away to witness the gruesome scene and strange smell filling the air.

A cool breeze touched her skin. Too cool. She looked down at herself and was instantly reminded of her nudity, forgotten with the work she'd undertaken. A nervous laugh escaped her lips and once more she found herself questioning her sanity.